Simply the best place to be on the Second Sunday at 5:30

El Rincon is recognized as a friendly milonga with the best in classic music and what you would expect to experience in the best milongas of Buenos Aires. Come and enjoy this welcoming atmosphere in our Afternoon Milonga in Orange County.

We offering a Pre-Milonga Workshop presented by visiting professionals. The class starts a 4:15 pm and is $15. Featuring Oscar and Romina in February. 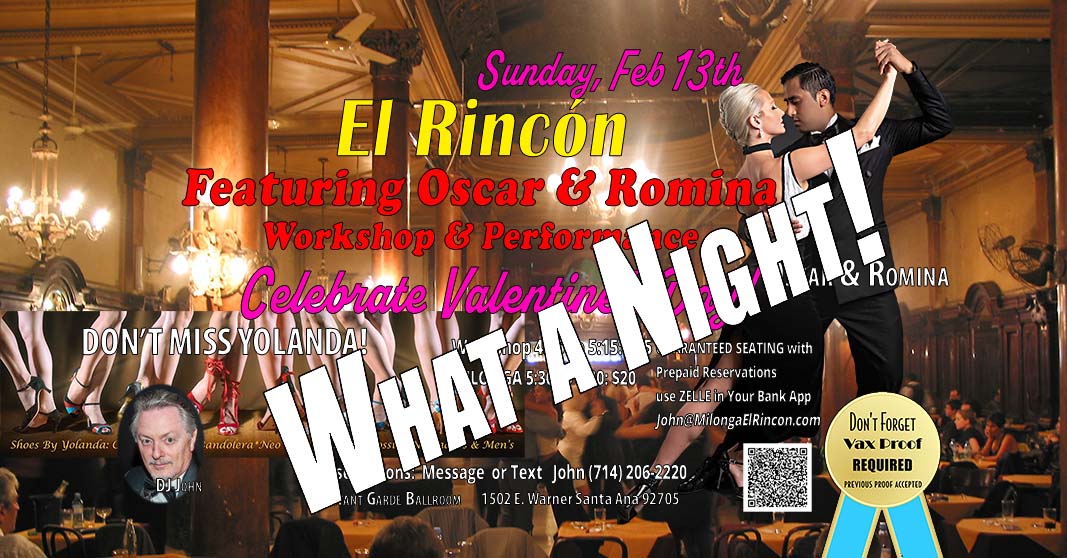 Thank you, Oscar and Romina. Great workshop and beautiful dancing!

Welcome back to Bill and Ann! It’s great to see you again.

And a special thank you to everyone for supporting El Rincon. You make this the place to be on a Sunday afternoon!

Next month we have Emmet as our Guest DJ and Julio Seffino and Carlita Dominguez presenting our workshop. You can see them here.

Be on the inside track to receive our announcements and news by subscribing to our exclusive mailing list. 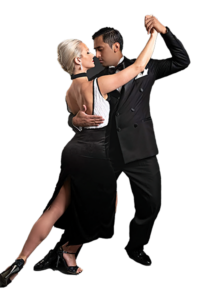 Romina Rodriguez and Oscar Mansilla have toured the world with their unique and elegant approach to traditional Argentine Tango and Folclore. They have studied extensively with masters Leandro Oliver & Laila Rezk, Leandro Caparelli and Carlos Barrionuevo & Mayte Valdes.

From 2016-2019, they were resident dancers at the historic Plaza Dorrego de San Telmo in Buenos Aires where they danced with Pedro “El Indio” Benavente as well as for Café del Arbol. While in Los Angeles, Oscar and Romina performed at various milongas, on television for Telemundo/Acceso Total and with GD Tango’s acclaimed theatrical production Upon A Tango, under the direction of Guillermo Macana and Giovana Dan. In 2021 they were invited to form part of the inaugural resident company of Dubai’s first Tango House, La Casa Del Tango by Enrique Macana, under the direction of Enrique Macana. While in Dubai, they had the honor to dance at the tallest building in the world, The Burj Khalifa as well as for members of the royal family of Dubai.

Oscar & Romina are currently organizing the Luis Beltran Tango Festival in the province of Rio Negro, Argentina which will premier in 2022. 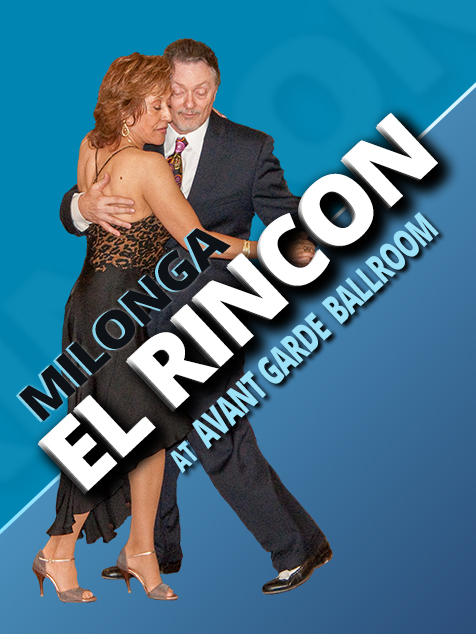 We'll send you the latest news and announcements from El Rincon. You can always easily unsubscribe.